A must-do activity when in East Cape, New Zealand is to visit and see the oldest and largest pohutukawa tree in the world, reputed to be around 600 years old! 😍 Fondly known as the New Zealand native Christmas tree, this crimson-coloured flower tree can be found in the grounds of Te Waha O Rerekohu Area School, close to the beachfront of Te Araroa Township.

Getting there is easy. It is a short and scenic walk or drive along the scenic beachfront of Te Araroa Township in East Cape, New Zealand. My fiancé and I enjoyed the 20-30 minutes’ walk from our campsite (at Te Araroa Police Station) to the site of the pohutukawa tree.

Even before we set foot on its exact location, we were able to see the tree from afar thanks to its humongous size – you cannot possibly miss it! 😉 The tree is a sight to behold! It stands more than 21.2 metres tall and measures 40 metres at its widest point.

Did you know?
Early Maori also used the flowering of pohutukawa as a seasonal sign that kina (sea urchin) were fat and ready to eat! 🤤

In summer, pohutukawa trees produce crimson or bright red blooms which decorate the trees during the Christmas season, hence it is fondly known as the New Zealand native Christmas tree. Sadly, we were not fortunate enough to see those blooms on the tree. Strong coastal winds might have blown them all away. Still, it was a wonderful experience. 😀

Te Araroa’s beachfront, also known as Moana Parade is breathtakingly beautiful! Public toilets, a skate park and playground are available at the beachfront. Purple-coloured Agapanthus or Lily of the Nile decorates the beachfront and along the roads – it is a beautiful sight! 😍👍

The beach itself has a rugged and pristine feel to it. Washed-up debris consisting mostly of dead branches and twigs littered the white sand beach and coastline of this remote area. Do take note that camping is not allowed in the area and there is an alcohol ban in place – 24 hours, 7 days a week. Also, no riding is allowed on the footpaths.

Locals and visitors flock the area, most often taking a break and/or replenishing their supplies before caring on with their journey to East Cape Lighthouse, Hicks Bay or Gisborne. Needless to say, we spent the day lazing on the beach, enjoying the cold sea breeze and picturesque coastal views. The weather was perfect and it was a lovely, beautiful day.

Our trip to East Cape, New Zealand was made even more meaningful by watching a live rugby match at Te Waha o Rerekohu Area School. It was my first ever live rugby match in New Zealand and I got to watch it for free! Constable James informed us about the rugby match the day before and my fiancé though it would be a great opportunity for me to watch the match in person, so he took me there on the day of the event. 😍

Despite the rain, the area was jam-packed with rugby teams and people from various backgrounds. There were stalls selling rugby paraphernalia and rugby teams’ t-shits. Several food trucks and stalls were selling a variety of food such as hot chips and American hotdogs.

To be honest, it felt like an All Blacks’ rugby match, but it was not. 😛 In the sea of seemingly intimidating-looking male rugby players, I remember seeing several female rugby players too and they looked badass! We watched a match or two before leaving the area in preparation of tomorrow’s epic cycling journey to East Cape Lighthouse. 💪🚴‍♀️

Up next: An epic 44 kilometres return bicycle ride from Te Araroa Township to East Cape Lighthouse – an experience that I will never ever do again in my life! My bum is burning until today… 🤣 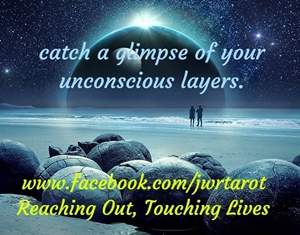